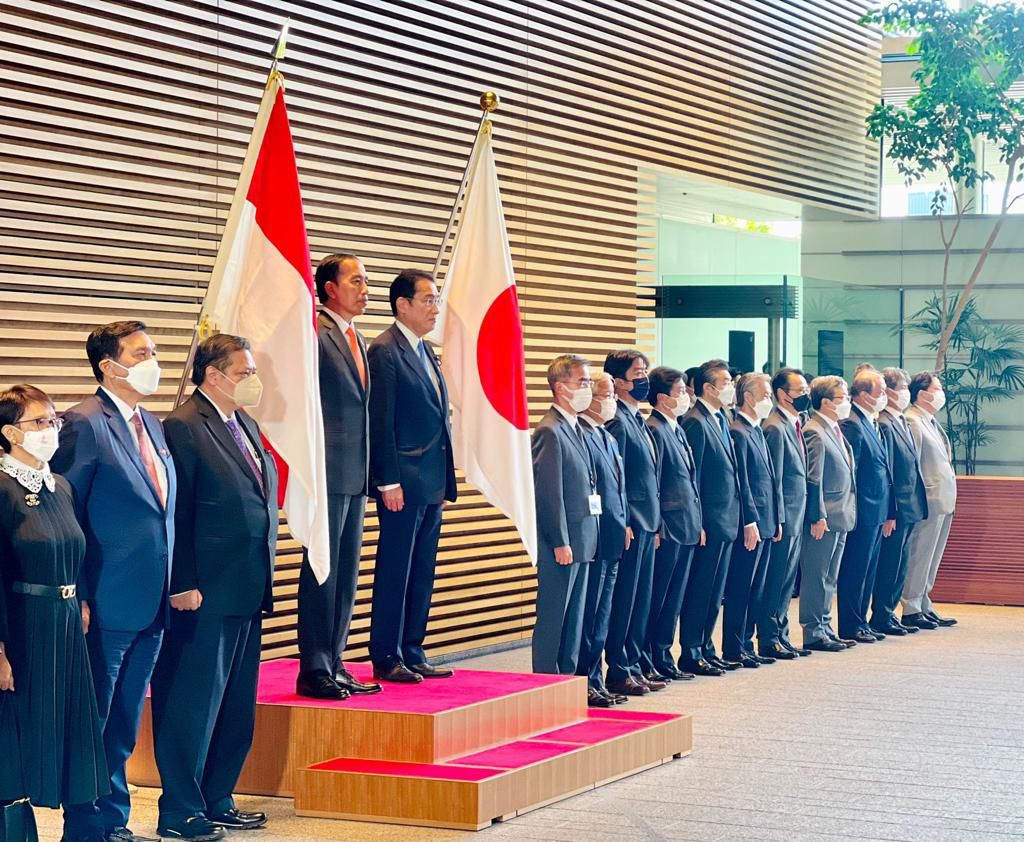 President Jokowi arrived at the PM’s office and was immediately greeted by PM Kishida who was already waiting in the front yard of his office. The two countries’ leaders then headed to the PM’s Office Lobby for a formal welcoming ceremony.

After that, President Jokowi and PM Kishida along with the delegation headed to the meeting room for a bilateral meeting.

PM Kishida in his introductory remarks expressed his appreciation for President Jokowi’s arrival to Japan.

“Welcome to Japan, I really appreciate the arrival of President Jokowi as chairman of the G20. Thank you also for the warm welcome when I visited Indonesia at the end of April,” said PM Kishida.

PM Kishida also expressed his gratitude for the condolences of President Jokowi and the Indonesian people to the former Prime Minister of Japan, Shinzo Abe.

“We will continue to defend democracy and continue the work of the deceased to strengthen good relations and cooperation with Indonesia,” said PM Kishida.

“On behalf of the Indonesian people, I once again express my deep condolences for the death of former Japanese Prime Minister Shinzo Abe. He is the leader of Japan who has brought the relations between our two countries into a Strategic Partnership,” said President Jokowi.

On this occasion, President Jokowi also expressed his gratitude for Japan’s support for the Indonesian Presidency at the G20.

After the bilateral meeting was over, the two leaders then headed to the Big Hall, the Japanese PM’s Office to give a joint press statement.